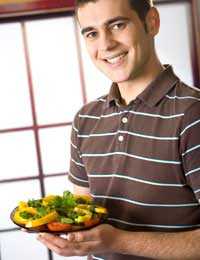 Owning an outside catering business can be exciting and interesting, it can also be very tiring. John and Sara Jarvis had run their business for over twenty years and had decided it was time to move on to pastures new. Their daughter had no interest in the business so what were they to do?

John had looked into the prospect of selling Happy Caterers as a going concern. “We had built up the business from scratch and many of our wedding bookings were daughters, even grandchildren of our first customers. If it wasn’t for them we would have closed a long time ago. Many weddings these days are catered for in specific venues, the hotel or venue owner hires out the whole package. The wedding breakfast, music, decorations, they do the lot so we didn’t stand much chance of selling the business to anyone wanting to go into wedding catering.”

Sara, enjoyed the smaller bookings, “We did take on smaller bookings, family parties and events at schools and old age pensioner homes. These were fun to do and meeting the guests was very enjoyable. In the end we just ceased trading and decided to further our hobbies. John liked sailing and I was able to take pottery classes and meet my friends for coffee. We had all the equipment in storage in our double garage and it was in the way. We didn’t want to throw it away and we even offered the equipment to a children’s home but it wasn’t needed.”

John takes up the a story, “We were attending a friends anniversary at an exclusive restaurant. It was nice to be a guest rather than working the event. We sat chatting to a young couple who had just been made redundant. Sara mentioned that we still had the odd request to cater for lunches at a care home and a few of the luncheon clubs had told us they hadn’t found anyone willing to take on a weekly contract. The young girl had said that she used to work in a care home and had loved the work. As a joke I said they should take on the contracts and then it didn’t seem so funny as the couple jumped at the idea. They just couldn’t afford the expense of the equipment. It turned out they were related to our friends who had the anniversary so we felt safe in our offer to them. By the end of the meal we had offered to loan them our equipment and I would take a percentage of the profits to pay for it and I would also help train them. It seemed ideal.”

Sara said, “I was delighted to help out the young couple, it’s hard these days to find work and they were so keen. John went out with them a few times until they knew the ropes, he also introduced them to a few of our old customers. They also found contacts and supplied pub lunches for a few of the pubs in our town. It wasn’t long before the stock moved from our garage into a small works unit and the couple were up and running and earning a profit. We were so happy to help out and so surprised when they threw a surprise thank you party for us, using the equipment that had earned us a good living for so many years. It was a true happy ending.”

Employee Was Stealing from My Cafe: A Case Study